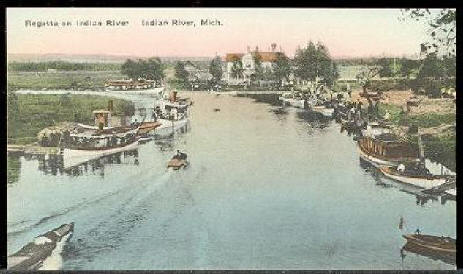 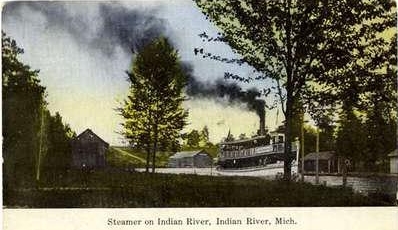 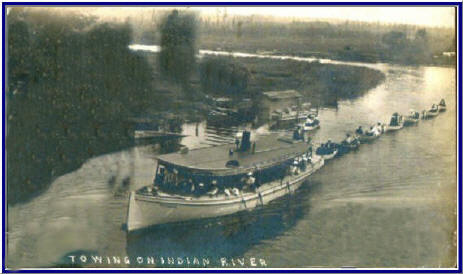 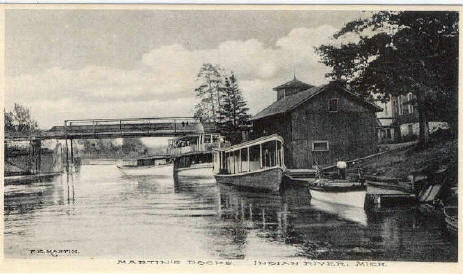 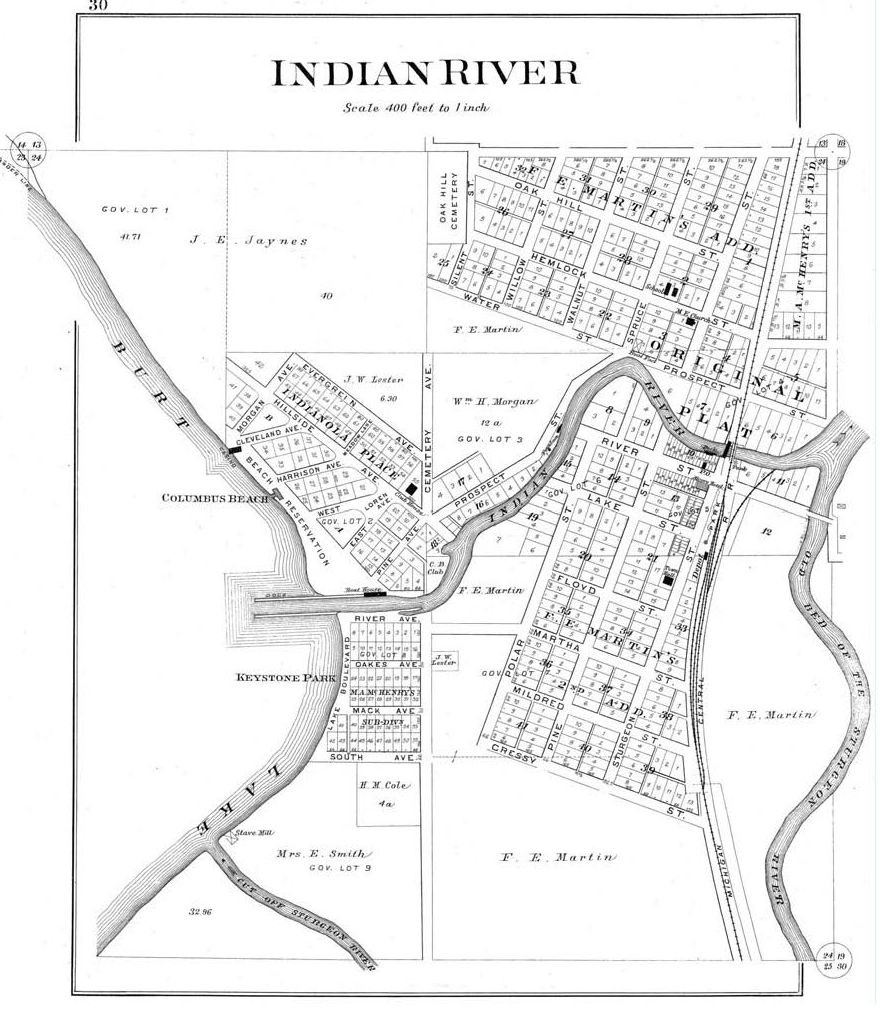 Indian River
The village of Indian River got its name from the river that passes through it.  J. Clark, filed a claim for 152 acres of what is now Indian River.  Clark sold the land to M. Mc Henry and F.E. Martin, who promptly plotted the land for a village.  The new survey was recorded in 1879.

Mr. Martin owned the first store in Indian River "F.E. Martin Dealer in General Merchandise", at one time it employed 10 clerks.  The store carried groceries, dry goods, hardware, drugs and lumber. The store was open from early morning until late at night.

Michigan Central Railway made Indian River a stop in the late 1880's. Bringing tourists and supplies to, and from, the area. During berry season a baggage car of berries would be shipped out each night. Native Indians picked the huckleberries in the area, squaws carried the berries in an Elm Bark baskets.   A quart of berries cost 4 cents. Pigeon Travelers came by boat to trap passenger pigeons in the area. After trapping the pigeons, the Travelers would ship the Pigeons east via the railroad.