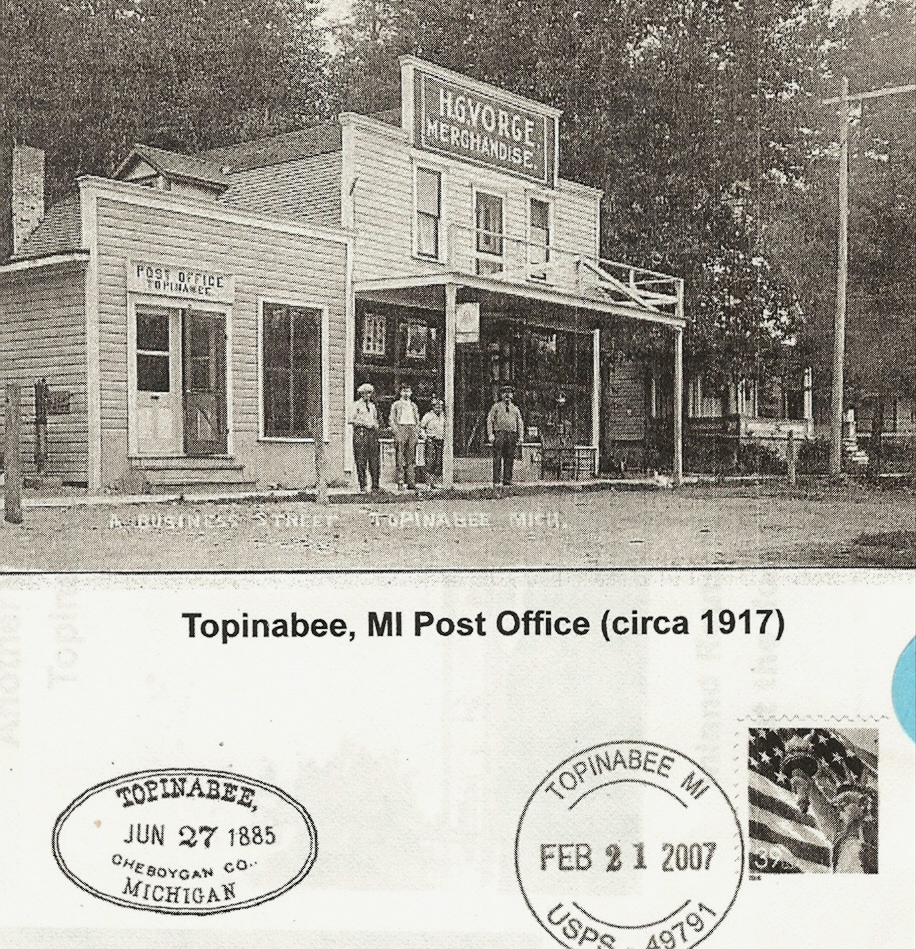 Topinabee was a planned resort community.  H H Pike platted the area, and became the proprietor of Pikes Hotel, later named Hotel Topinabee.  There was also a Pikes Tavern and Dancing Pavilion; in 1917 it was called Pikes Summer Tavern. Mr. Pike was involved with the distributing of Sanitas Springs water, in fact, Pikes Summer Resort and Sanitas Springs had the same letterhead. The water was marketed as both water and medicine, and was used exclusively on the Niagara portion of the MCRR. 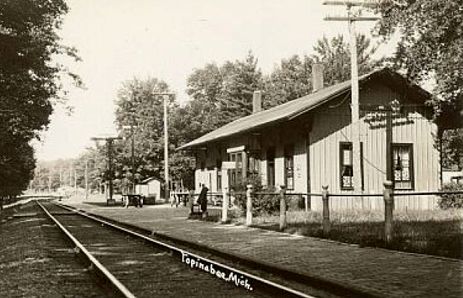 The docks at the hotel provided access for the Steamer Topinabee.  Many other touring boats used the docks, including the Liebner Davis.  Some steamers returned to Oden on the daily round trip, while others continued to Cheboygan. 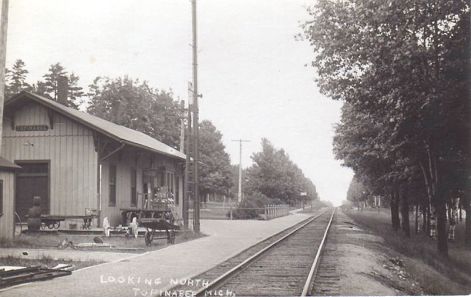 Activities at the lakeside were popular with visitors to the hotels.  Early tourists had a store and Post Office to serve their needs. The Michigan Central Railroad erected a depot in 1882. The population of Topinabee in 1895 was 34. 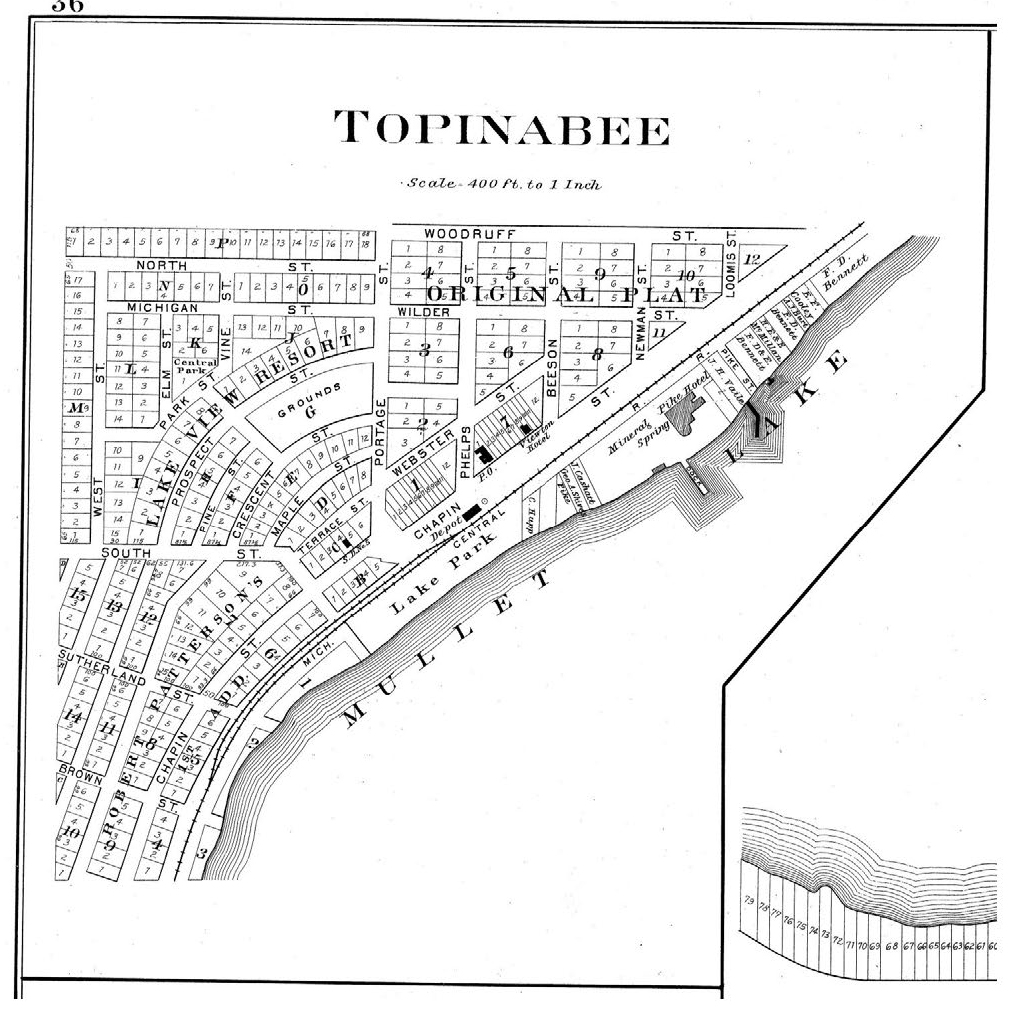 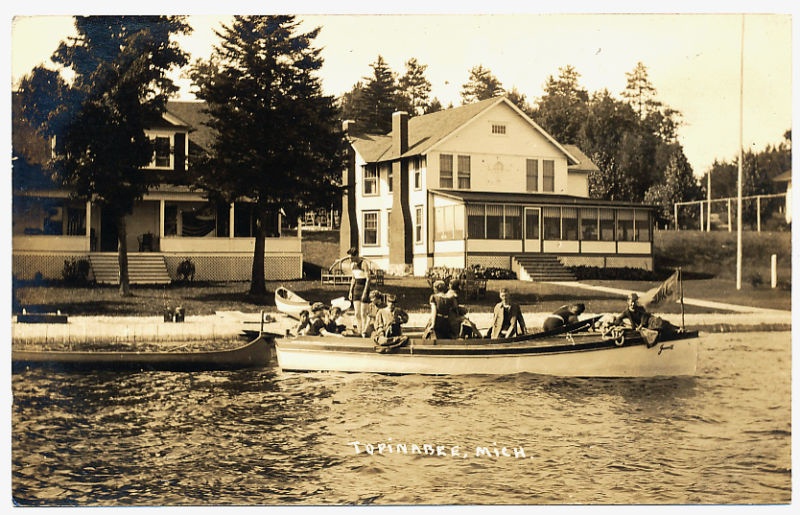 The below stories are from the Topinabee Community web site. 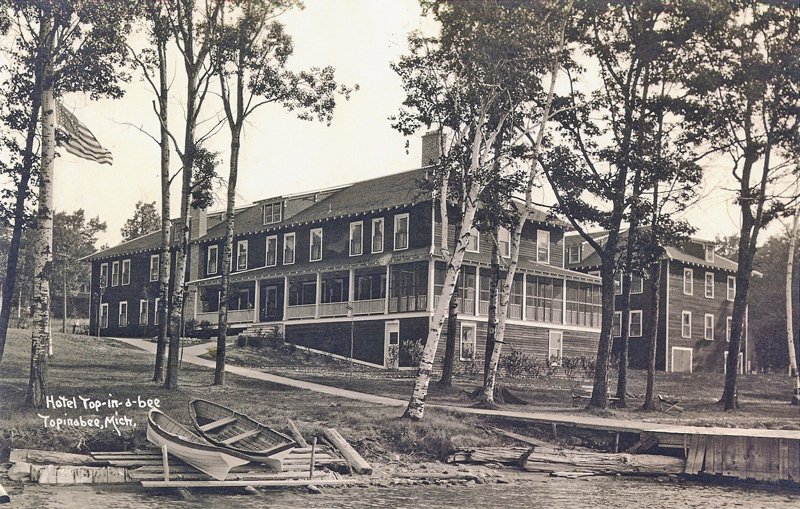 Beth’s Memories of Topinabee in the 1920s

Beth and the Railroads 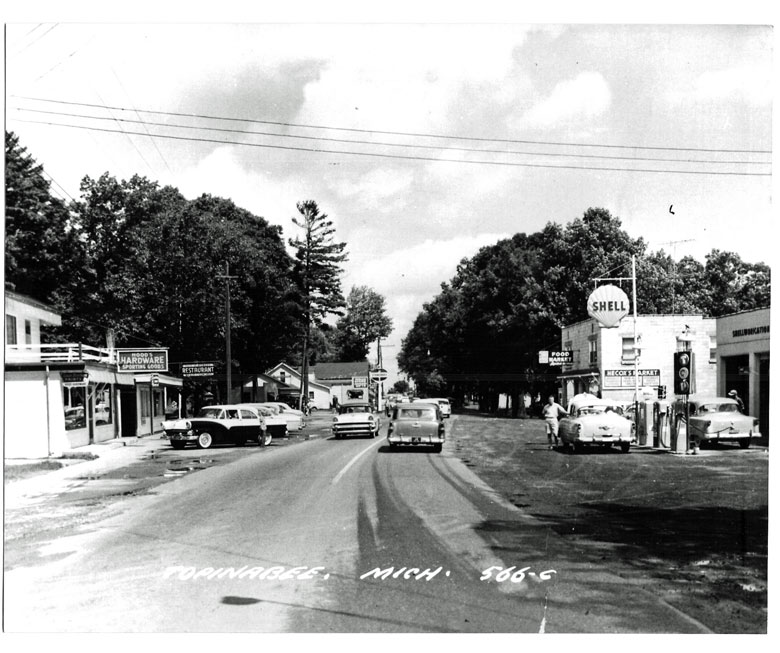 Beth's Memories of the Railroads