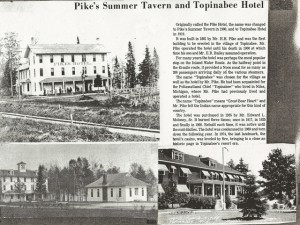 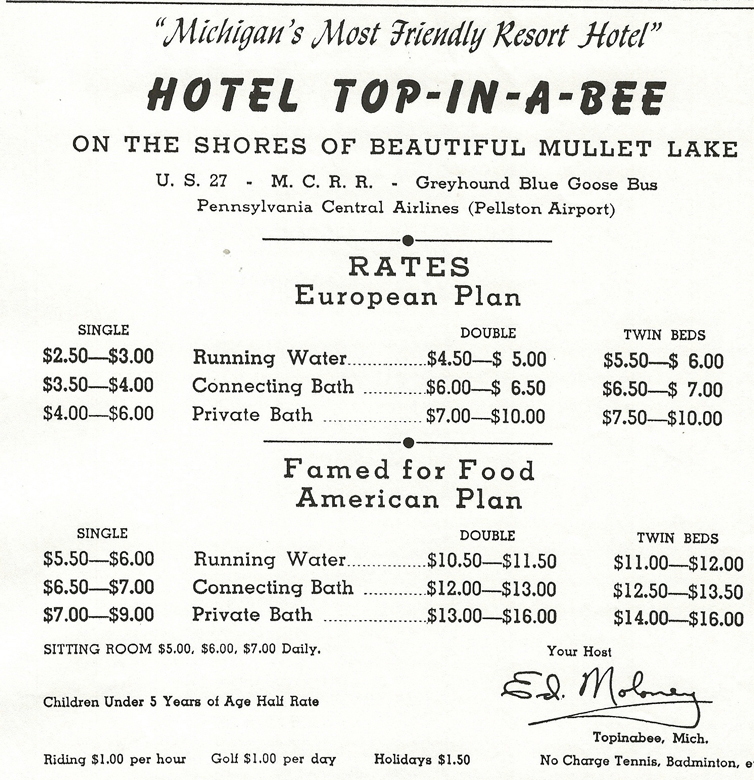 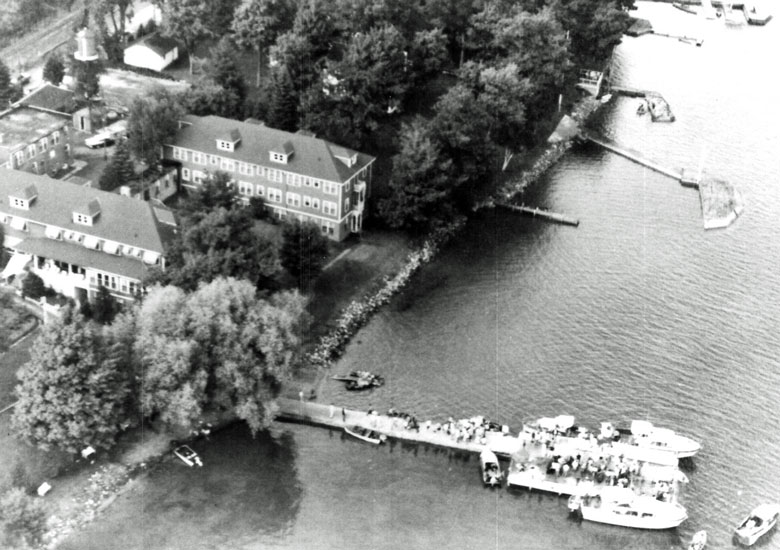 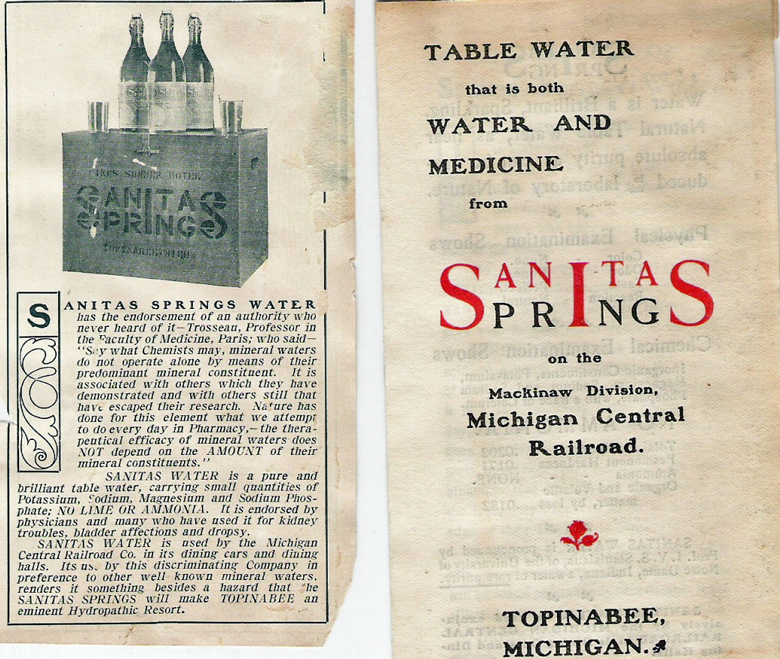 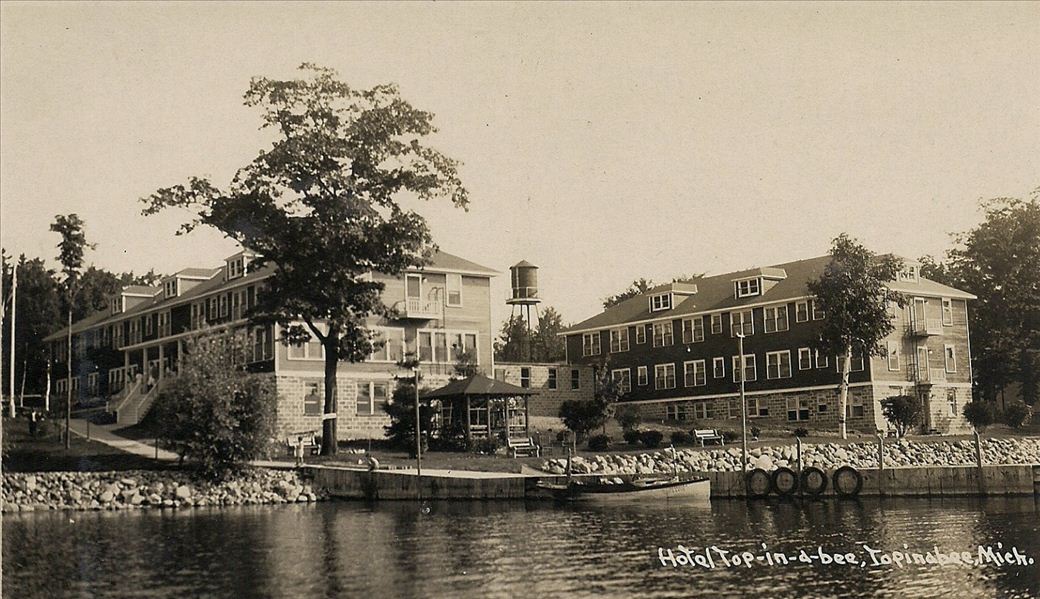 Pikes Hotel, later named Hotel Topinabee.  There was also a Pikes Tavern and Dancing  Pavilion, in 1917 it was called Pikes Summer Tavern. Mr. Pike was involved with the distributing of Sanitas Springs water, in fact, Pikes Summer Resort and Sanitas Springs had the same letterhead. The water was marketed as both water and medicine, and was used exclusively on the Niagara portion of the MCRR.